Wonder what Lisa-Marie Fischer and Richard DiPilla have in common? 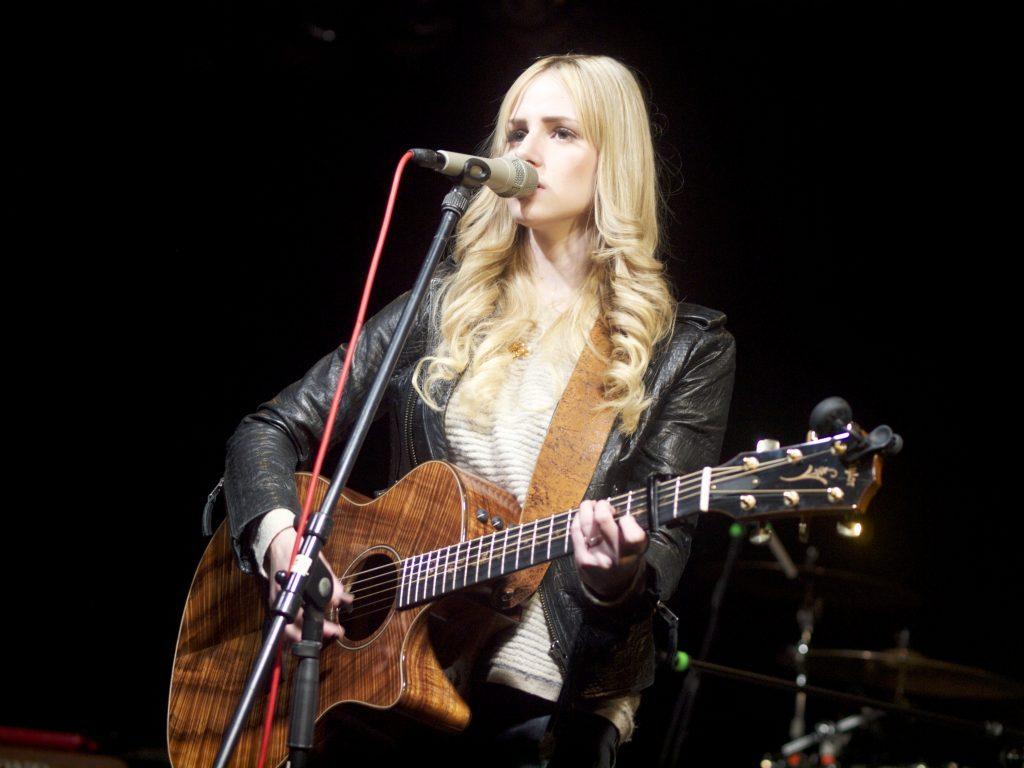 The singer who is known for her music videos “On my own”, “Done is Done”, “You’ve got a way with that”… got the German Country Award in 2015!

Special Thanks to all Johntext Authors who agreed and helped to support her 10 days before she received the Award on their websites:

This is the spirit of Johntext – Literature with purpose to help. To support for free a hard struggling wonderful singer!

By end of March 2015 we listened to Lisa-Marie Fischer on almost all Johntext Websites:

Today again I agree to support a wonderful initiative on my Website Johntext Madhya Pradesh: Global Goodwill Ambassadors founded by Richard DiPilla.
So this is what Lisa-Marie Fischer and Richard DiPilla have in common: support from Johntext!

Thank you so much

Founder of Johntext Hans-Jürgen John woke up in a dream. Global Goodwill Ambassador. I remember when – years ago – he offered me this website for free. It is part of the international literature platform Johntext. So I was able to write reviews here and build a reputation. Now fate pays back on him … Congratulations Hans-Jürgen John!!!

So many fans and kind people wishing him the very best (for some of the following links you need to be logged in LinkedIn).

It is an honor to receive these titles and use them to make this world a little better.

He follows a simple principle: He tries to help.

We all have a choice. Every day we hear bad news from all over the world. It can make us desperate. It can shock us.

There is a simple truth and it is not in the headline news. It is true indeed: This world is full of people who are kind. You see some of them when you open your eyes. Some need encouragement. They are real – in every town, village, every street, in every family. These people are near us despite the headline news. And these people reinvent our world in a million ways every day. I am sure that you are one of them. Thank you.

Hans-Jürgen John is proud to support some of them. E.g. former member of the Swiss Parliament Roland Wiederkehr – recently honored Global Goodwill Ambassador, too. 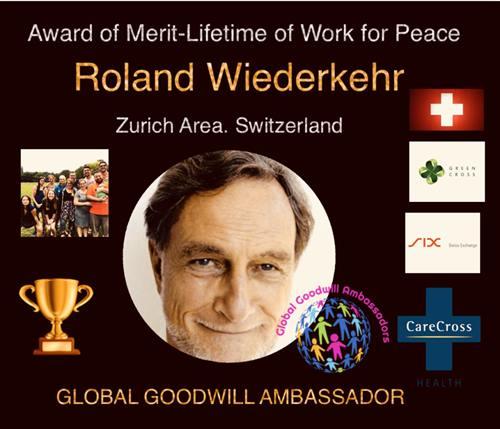 He founded Green Cross (together with Mikhail. S. Gorbachev) to overcome the residues of the cold war. And with his organization CareCross (website soon in English) he reduces traffic accidents worldwide and helps victims – because 1,3 mio. fatalities annually on the worlds roads and 500 dead children every day on their way to school (WHO) are one of the biggest scandals. Roland Wiederkehr got the President’s award of the European Traffic Police Network for the thousands of lives he already saved. It is an honor for him to be Global Goodwill Ambassador. He needs support for his organization CareCross. His aim is to help reduce road accidents in development countries and support victims.

Roland Wiederkehr is a wonderful person and role model. Some of us go to cinema or watch films at home in order to see heroes. This one is real.
To watch and understand the following video you need not to know any spoken language:

His dedication is to help thousands of refugees to cope with the traumas of war, eviction, and violence. Soon his CASPEA Foundation in Switzerland will post the new campaign against Post Traumatic Stress Disorder (PTSD). Returning currently from a Hypnosis Convention in the United States he will speak at the 5th International Hypnosis Convention in Zürich (October 27th – 29th, 2017) about how to improve learning abilities by active-alert hypnosis.

It is one of my biggest joys in life that Hans-Jürgen John can contribute to such initiatives. And he is glad he is not alone. He has a circle of true friends around him who, in turn, support him. 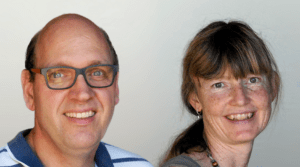 Matthias Wiemeyer and Petra Huber helped him in many ways and continue to be a source of advice and encouragement. He joined their workshop online-journalist in 2015. Writing for websites. Online-marketing. How to start a social media campaign. Great experience and output!

For all kinds of workshop concerning writing and marketing check out Schreibszene.

Never forget from where you started:
When he had no job he got the chance to join http://derarbeitsmarkt.ch

Half a year he learned a lot there. How to write. How to make video interviews. How connect to other professionals worldwide. Special thanks to Robert Hansen, Rita Gabathuler-Dux, Carmen Püntener, Paola Pitton, Daniela Palumbo, Simone Gloor, Anja Piffaretti, Doris Urfer … and many more.

Jörg Mathys from Kölliken is his former employer and a close friend. He is a modest farmer and hard worker. And a role model for Hans-Jürgen. Be trusting. Be kind. Even to the grumpy, the disappointed, the misguided. Give them a chance and one day they will change their mind and be kind and supporting, too.

His employer Migros Basel is part of the big retailer Migros here in Switzerland. Hans-Jürgen John got the chance to work for the Marketing Services Department. The world of business is hard. Competition, hire and fire are words which reign this world.

Migros is different and makes a difference. It employs people who cannot find another job because they have disabilities or because they are older than 50 years. The company gives 1 percent of its total revenue !!! back to society. It supports film, art and social activities. I a world which experiences tax income decreases and governments have to save money this company takes over moral responsibility. Great role model for business worldwide!

Richard DiPilla and his Global Goodwill Ambassadors Foundation is like a rock, an island in this world. 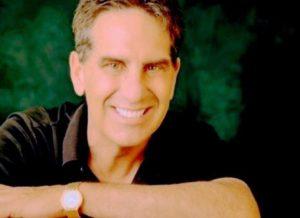 It has the potential to change dark to light, war to peace, hungry to satisfied and hate to love. It already started to change the world. First one person, one idea. And now it covers the world, like a carpet of green grass after a fire, like a carpet of love and goodwill.

By following him you seed love and peace worldwide.

The UN first hit on the idea of celebrity ambassadors in the 1950s, when Hollywood and Broadway star Danny Kaye was taken to promote children’s rights. Different UN Agencies nominate the Goodwill Ambassadors at the global level include Angelina Joli, Jacky Chan, Ronaldo, Anatoliy Karpov and others. -source http://www.un.org.ua/en/component/content/article/27

Being good and doing good is not just a characteristic or a luxury for an elite. Although of course the role model function of celebrities helps.

Maybe this describes it best. In May 2018 Hans-Jürgen John commented on LinkedIn:

Yesterday evening a journalist asked me what Global Goodwill Ambassadors is about – what do they do – the journalist insisted: help has to do with money … how can you get water to African villages???

I replied (summarized): We do not collect money. We do much more. Richard DiPilla started a initiative which names thousands of humanitarians Global Goodwill Ambassadors (GGA) – it is like you have thousands of Angels – because these “Angels” are visible online – their photo – their name – what they do.

And one day this competition will make peace so popular that no one wants to be part of evil. #GlobalGoodwillAmbassadors

Decades later there are still challenges in the field of peace, food and justice worldwide. Richard DiPilla started his GGAs initiative with a much broader approach. Under certain conditions, anyone can become a Global Goodwill Ambassador and report on his or her successes from his or her personal environment. 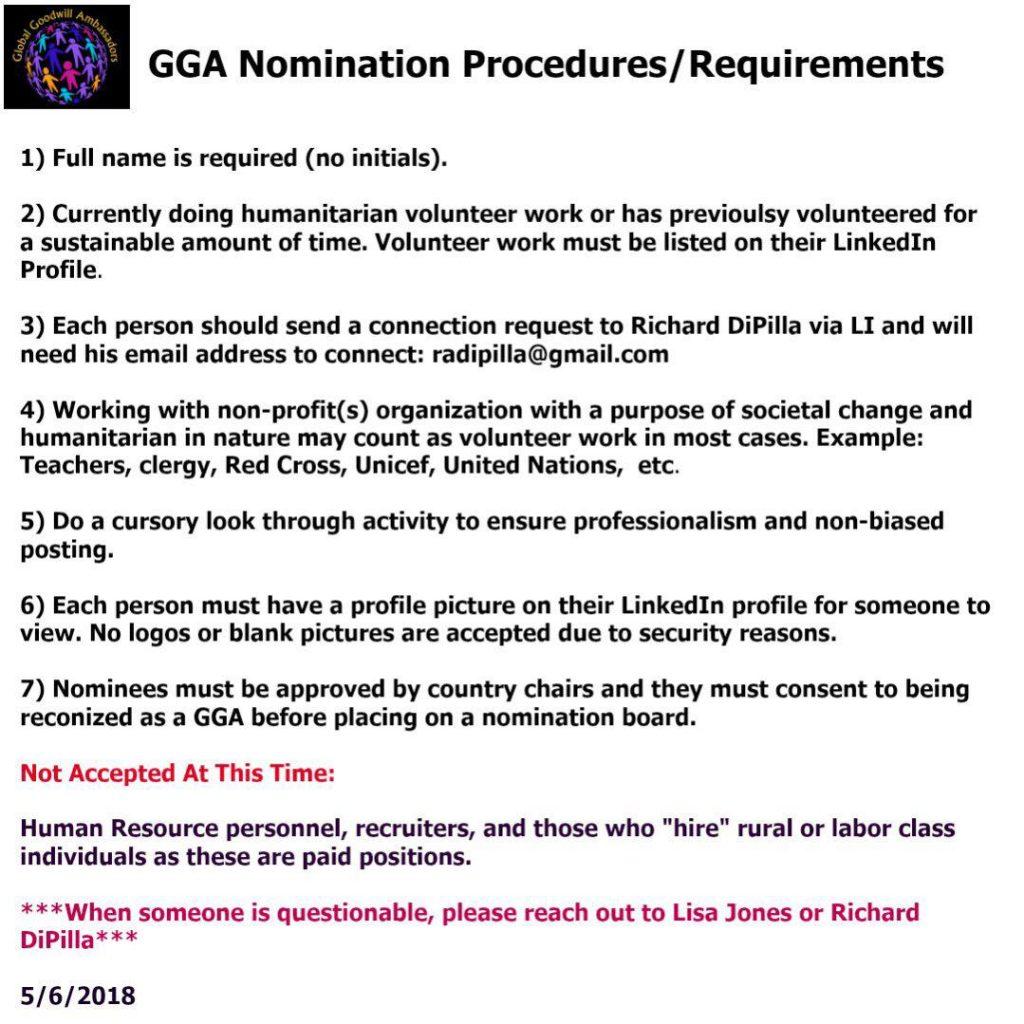 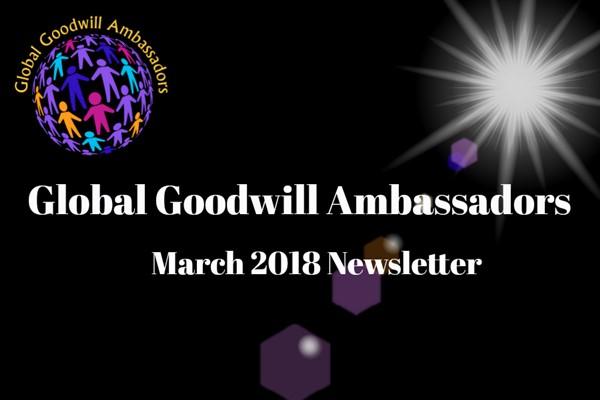 The March 2018 GGA Newsletter is huge. These links bring you directly to the content:

Jaimin Shah from India about his humanitarian work 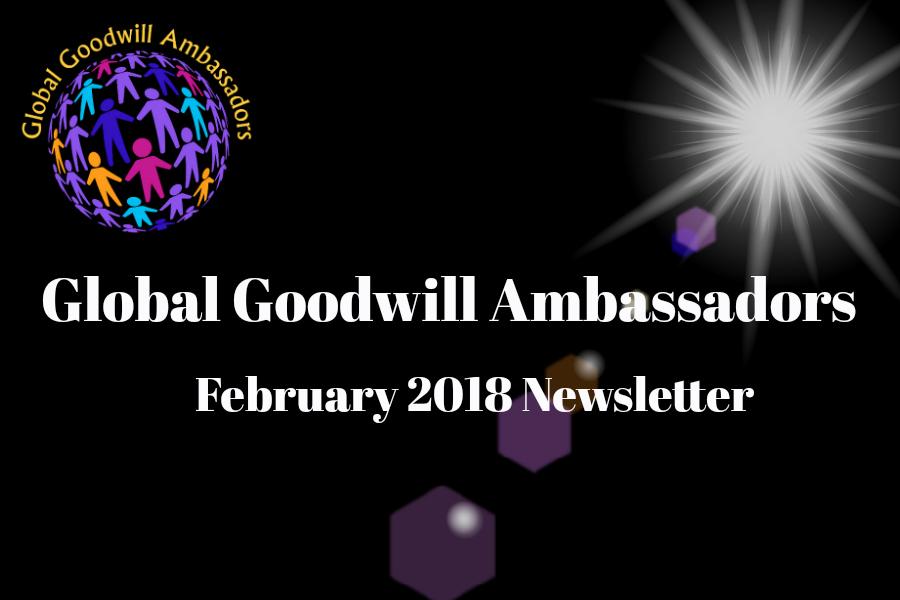 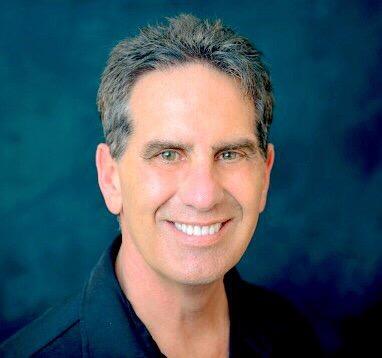 The Beginning of Global Goodwill Ambassadors

From its humble beginnings, four years ago, I sought to highlight the Goodwill work of a single LinkedIn Connection. The birth and growth of the Global Goodwill Ambassadors were born. Almost immediately, other connections were telling me their stories and the humanitarian work they did for the love of goodwill for all. We witnessed a chain of narrative voices.

I could hardly comprehend, that there was and still is a thirst for learning about global humanitarian efforts. A residual affect was an understanding that the mainstream news defined, countries, nations, regions, races, genders, and castes, of geo-political reporting. However, there was much more time with the coverage of a terrorist attacks, but no coverage of all the heroes in these countries, who were saving lives and doing selfless work to make the world a better places.

The later is what keeps us pure as possible. No, we have no website. Websites can put many people in difficult regions at security risk.

We have a LINKEDIN company page and group page that can be found at: Global Goodwill Ambassadors (GGA). We also have a presence on many other social media; but our catalyst is the LinkedIn profile, the volunteer and humanitarian work individuals have listed.

By using the company page you can list your designation with our official logo. We have nomination guidelines with a committee, and a GGA Executive Board.

Our Executive Advisors are often names you will recognize as nominators of Ambassadors. We have Country Chairpersons and Directors, Nomination and Engagement Directors, and GGA Brand Ambassadors.

Each person does his/her part to grow our ambassador numbers. With each new designation we are extending the reach of goodwill.

In a recent article that I would like to tell my grandchildren, that rather than sit idly by, I did something to bring a sense of peace and harmony to the world. The truth is, every Global Goodwill Ambassador, can say the same thing.

The sum total of expense and profit in currency for this initiative is ZERO. Our only currency is Goodwill. I challenge all people who read this newsletter to do good deeds and give back to the world. We all share the same world. Don’t just take, give back to make it a better place. As a GGA you will join together with people who are doing the same.
read more

How to become a LinkedIn Global Goodwill Ambassador?

To find out exactly you have to follow Richard DiPilla on LinkedIn first. Here some hints from his timeline. 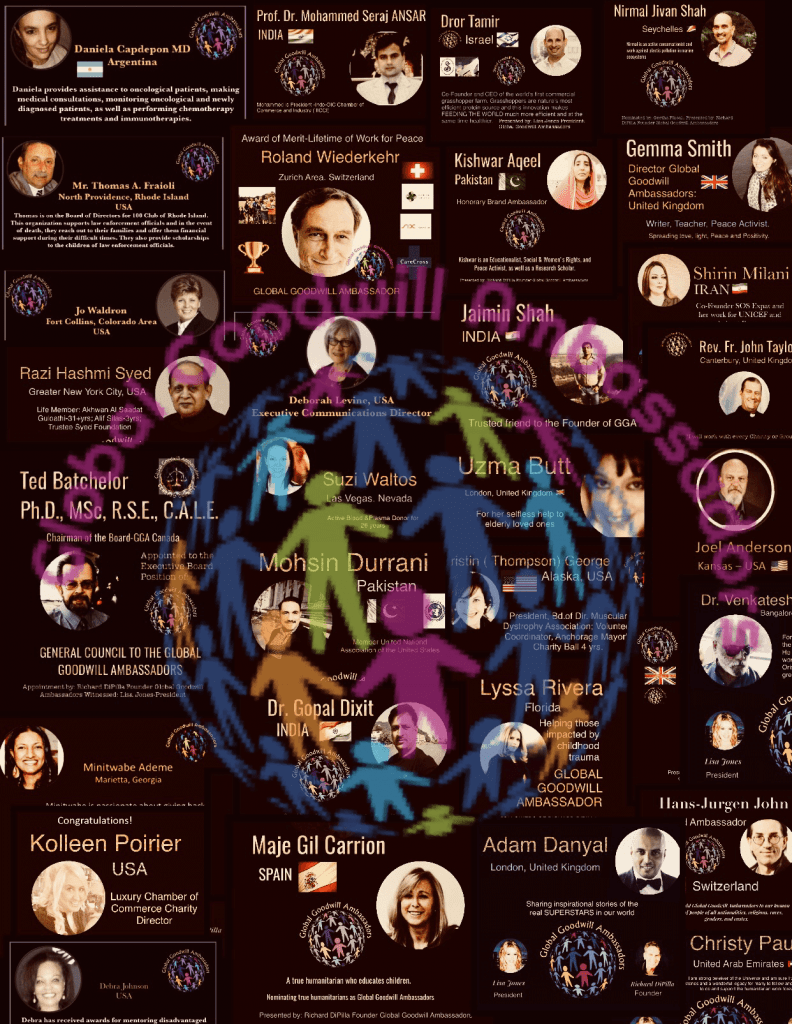 Who can nominate you as a Global Goodwill Ambassador? 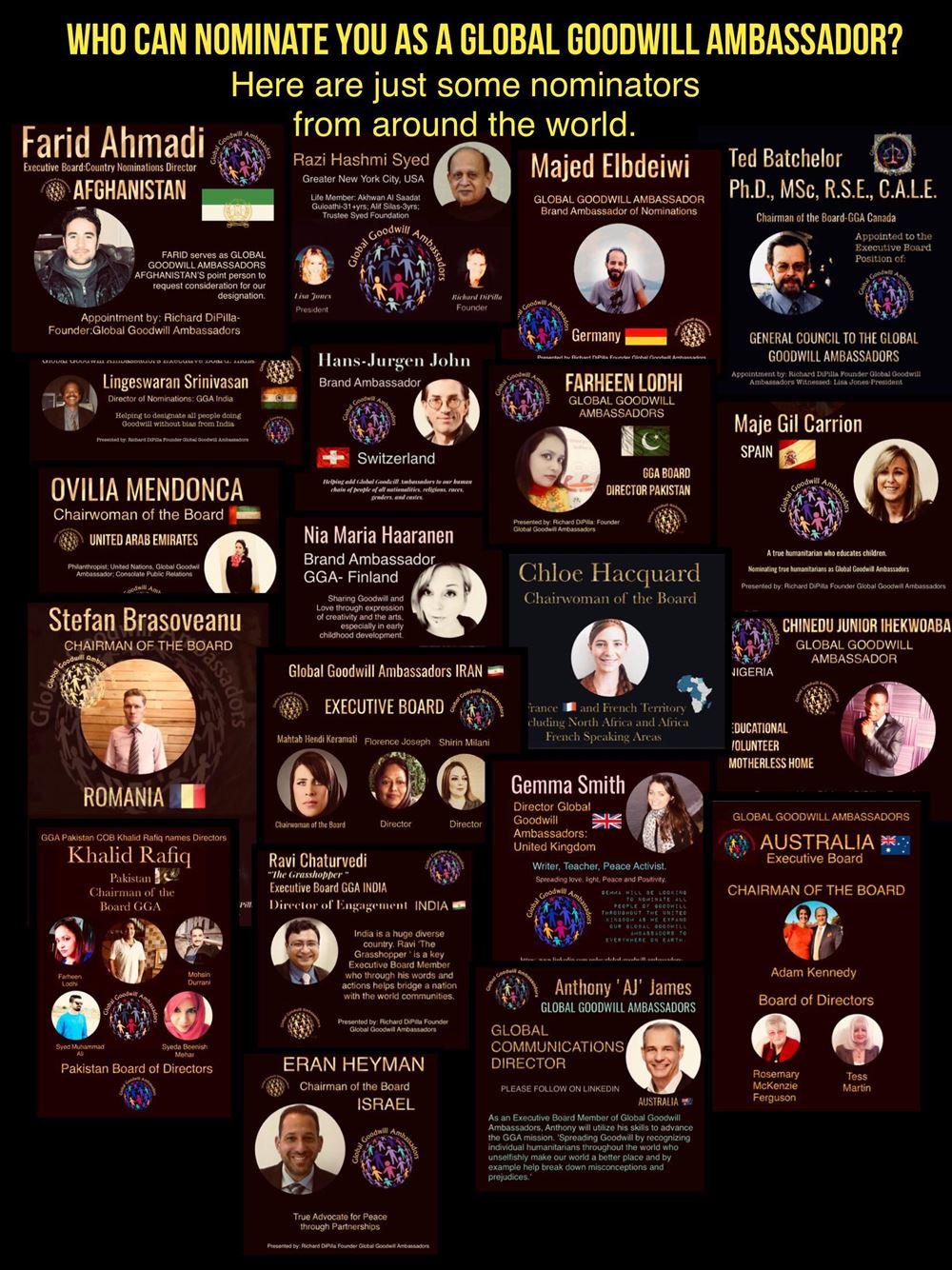 We recognize you are a Global Goodwill Ambassador! 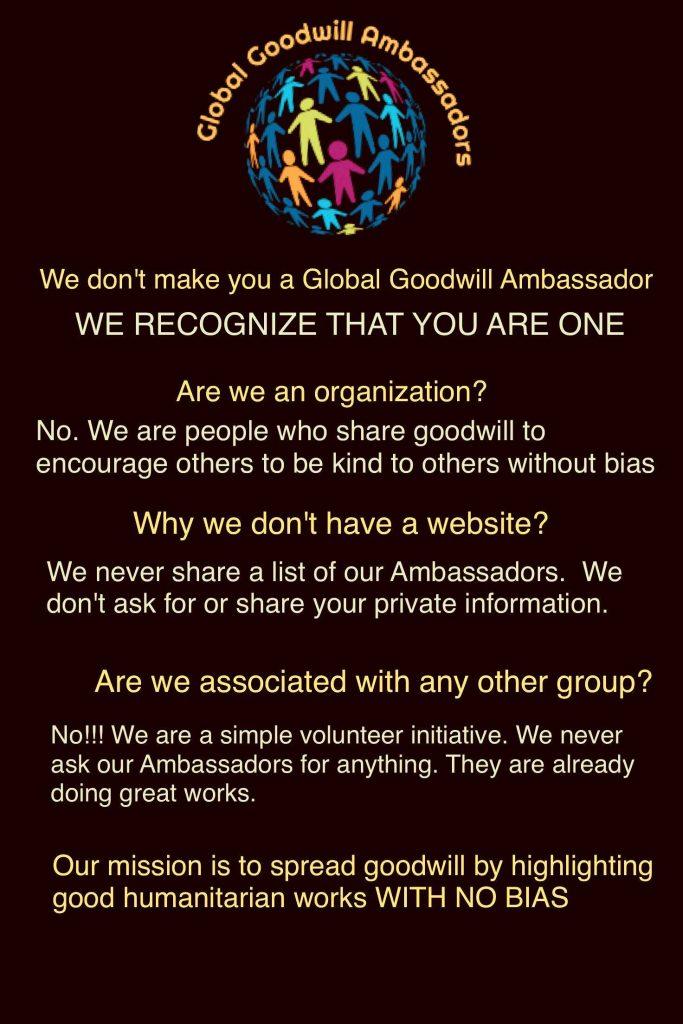 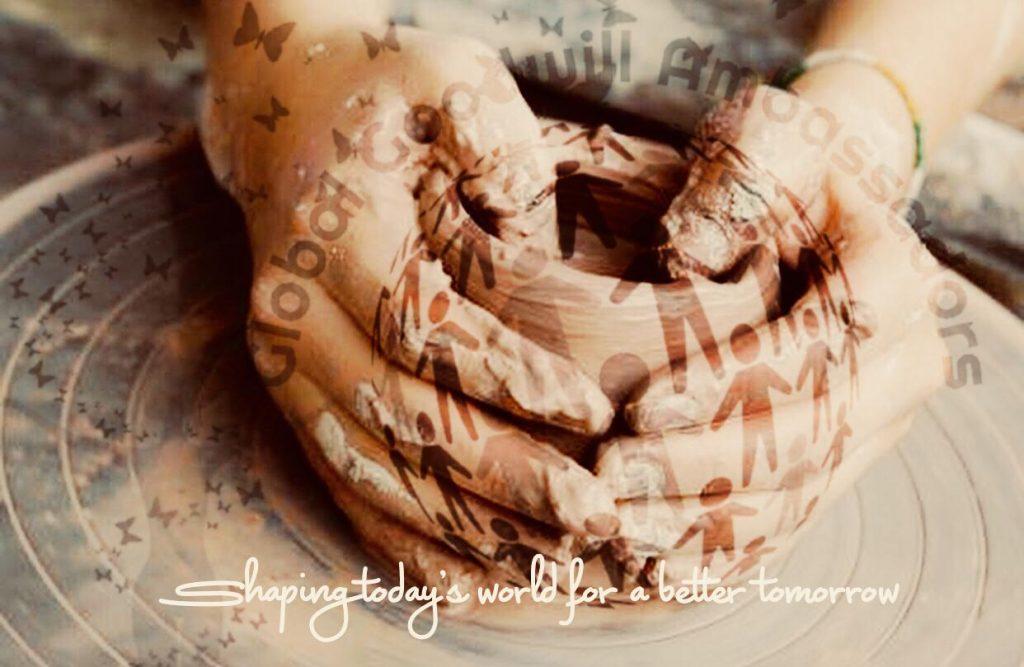 Global Goodwill Ambassadors around the world for peace, justice and humanity! 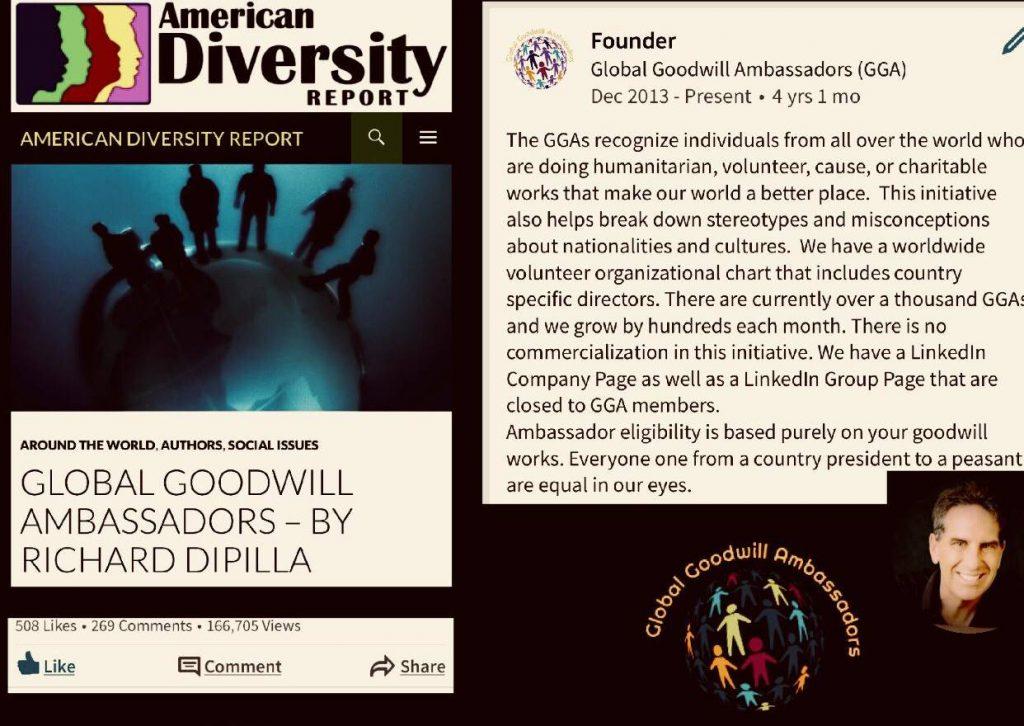 Living in peace and creating a global stable society – it starts in your family and then love and Goodwill is spreading around the Globe. 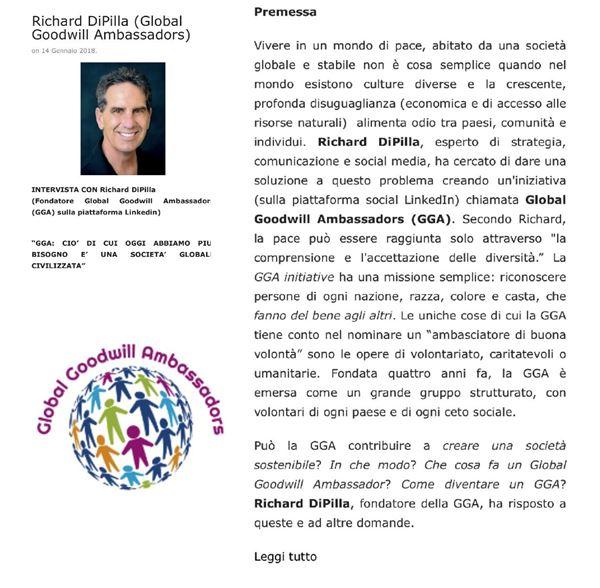 Hans-Jürgen John commented to a LinkedIn-Post of Vincent Coyle who founded Reconciliation Day:

„Hate and destruction can be aims of humans. These humans cannot follow opposing aims at the same time. Replace old aims by new: love and education = reconciliation“.

The trick is to let words change the world.

Hans-Jürgen John still feels like he woke up in a dream come true and have to realign himself first. He is overwhelmed and thanks you all for your kind words.

All those who supported him in the past but are not mentioned here: Thank you so much!!!