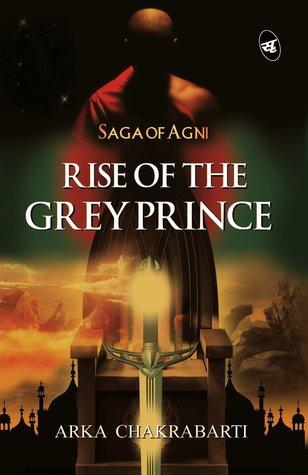 Title : Rise of the Grey Prince 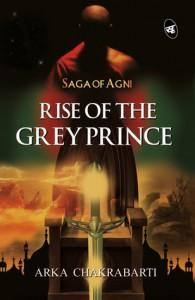 Blurb: In Rise of the Grey Prince a cursed night at Nisarga had revealed the true reason behind his father’s sacrifice and his own dark past. Each revelation now draws Agni into the sublime world of secrets. With Vrish and Guru Sidak by his side, fighting the daggers from the past and winning over the opponents of the present, somewhere deep down, he knows that his journey has just begun.

The other scarred prince walks the ashes of his reality. Haunted by the glimpses of truth the same night, Yani had but one choice to survive. His unknowing steps, trapped in cruel games of ancient powers had led him to a truth, a truth which shall mould a good man in the clay of misfortune, hate and lust.

Such is the world of Gaya and thus shall be the Rise of the Grey Prince the one torn between the darkness of evil and a lone ray of hope.

My View : The cover enthralling in nature, gains reader’s attention if he/she is a lover of fantasy stories, and so do the title. ’Rise of the Grey Prince’, being the sequel to the book ‘The Secrets of the Dark’, was in the top list of my reading journey, because it is one of the books by Indian authors, whose stories  flavoured with wild imaginations I adore. Undoubtedly, my expectations from this book were very high, let’s sneak peak how it worked out for me.

The moment I started this book all the chapters of the previous serious kept on visiting in front of my eyes. The enthralling magic it poured on me last time made me more eager to go through this one. The burning urge of chasing something, the fight for the lost loved ones, the ride to meet the lost and loved ones, the feeling of brotherhood and friendship is all what you got to see in this book.

His words made a deep impact on reader’s mind and create a proper ambiance for the show. He cleverly and very precisely speaks of the moment and incident. He indulges healthy conversation in the story and sometimes in between some conversations they participates as  good one-liners which act as great dialogues which suited very-well for the scene and to the character.

With the old, staunch and sturdy characters enters some fresh bunch of characters which brings in new charm to the story. With them also come new twists and flavors, and new discoveries in the protagonist’s life which reveals the hidden phases of the story.

At some nodes, the story lefts reader confused. Only if the reader reads in a single seat and he has clear image of the story narrated in the first series, then only he will be able to gauge the incidents with ease. Number of characters involved in the story can act as a hurdle in the reading journey if not read keenly paying proper attention to each and every event.

Waiting for the next series to splash out the thoughts second one has smashed on reader’s mind.

Other books by Arka Chakrabarti: Review of The Secrets of the Dark