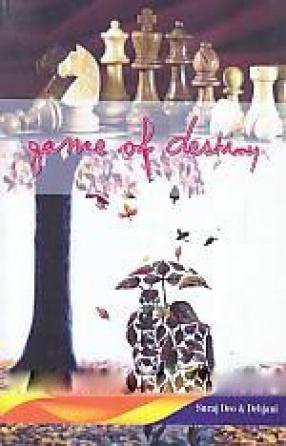 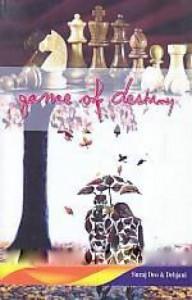 Blurb : Game of Destiny is the true story of a guy whose fierce devotion to his love is threatened by the cruel turn of fate. The story is mostly set in the steel city of Bokaro with occasional references to Dhanbad, a neighbouring coal town. The Protagonist is also taken to Hyderabad by Destiny for his coaching in FIITJEE and then to Pune, where his college life is described. The turning point happens to take place on his first visit to the National Capital, Delhi, which is a mysterious phone call from his childhood buddy. It changed his life forever. What was that call about? What happened on his first visit to Delhi???

My View : With a look on the cover,I was not sure of the story whether it would be worth my time.But as they say,Never judge a book by it’s cover,I started to give it a try.When I started reading the story,the same story of love and break-up followed,but what came as oomph was the letter written by Priya.I was sure that she would turn into prostitute (as what I thought at the back of my mind),but how author would shape the story was what I wanted to see.As soon as I was filled with zeal, the story gave me an attack while tracing the same paths of love and break-ups which I didn’t expect after going through the letter. It left me completely disappointed from the content it has. It was like To make much a do about nothing.
It is only the letter which could turn reader on.To me, it was the backbone of the story, until I finished it. Because the way snap of the letter is presented, it was a sure shot hint of it becoming a thrill, but nothing happened like that.With this letter, authors could do a lot more, they could bring more suspense and thrill, but they choose a simple path and forgets to play with the letter in an efficient way.At many places, readers would be greeted with conversations in Hindi, it would be fine it it participates at a place or two, when required. But the use of Hindi words are more than required,even though authors have nice command on English,I didn’t get why they chose to insert Hindi conversations.

I didn’t get why they(Dev and Mili) broke-up when they both love each other?Author should have mentioned this facet of their life so that reader can sail the rest of the journey without burdening their shoulder with the bag of doubts.With the end of this love story,comes another one which has a meaningful life attached to it, but what influence does author wants to make from the first story which kept on thumping my head.It was the end which pulled me back towards the story.The destiny at which the end is written, I wish the same intensity was used to write the whole story.

The sudden twist of events is good, but how it came before readers is not that much entertaining.The choice of picking which incident to narrate and which to not becomes the major loophole of the book.They  could have chosen some interesting events to narrate which could make reader go hooked to it, but instead they have chosen some faded events which fails to mesmerize readers. Although they tried to catch reader’s attention in Game of Destiny by narrating intimate scenes, but that couldn’t fall into every reader’s interest.

A better implementation would have done the trick.