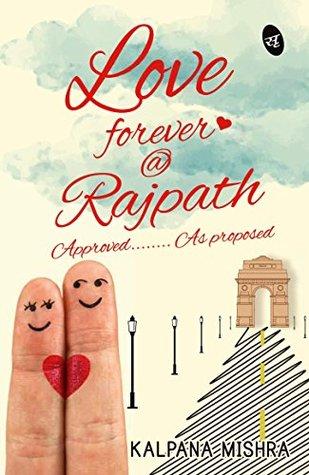 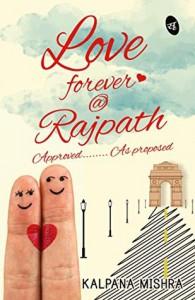 Blurb : True love can blossom anywhere, in a government set – up too, and can be as permanent as the job itself.
Shalini, a government employee, strongly feels that there is no point in getting married and joining the brigade of abused wives. Till she is swept off her feet by Kartik, a dynamic colleague from Bihar.

Just when her faith in the system of love and marriage is rekindled and at its peak, Kartik goes missing. Her search for him reveals some dark secrets about Zabaria Shaadi still existing in Bihar, where eligible boys are abducted or forced for marriage.

A love story at its core, Love Forever @ Rajpath highlights the predicaments of a girl on the verge of losing her most precious relationship. It also reflects the inner turmoil of a young boy sandwiched between age – old traditions and his own liberated opinions.

Will Shalini be able to save her relationship? Will Kartik acknowledge her efforts or will he abandon her for the sake of his family?

The story which kictstarts at Rajpath and ends in the lanes of Rajendra Nagar.The story of two government employee, who with delicate feelings in heart, tells a simple story to their readers in the most simplest manner.From running for the government exam,to finding chances to spend some time with each other, from persuading parents to give relation an approval,to falling for every false prey for love, the story is nothing less than a filmy drama,presented in a traditional way.

The prologue works as an innuendo suggesting the hitch that is to occur in a love story.While penning prologue, it is way necessary to point out that facet of the story, which could drive reader’s attention completely.In this case, prologue is short and it is one such facet of protagonist’s life which turns on the emotions in her at high pitch, and that’s where starts the game, where readers slips into the journey following the traits authoress has left.

Three-fourth of the journey had been completed, and I was looking for the thread from which the prologue is tied.The story travels on such a known path, that I was ecstatic to know, how the end would be like.As the concept being very common,even after gauging the consequences from the sequence of events,it was hard for me to guess how prologue could be related to it,and that very strange thread land me to complete the story.

As the events being so simple in nature, the journey became a cakewalk.While painting the pictures of the events, while walking along with the protagonist hand in hand, while catching the emotions,while pouring author’s words back to back in mind, it was a way easy and smooth sailing to author’s imaginations.With the involvement of simplicity in her narrating style,she makes the reading task elementary for even novice.

The story remains grounded from the start to almost to the end,because as reader neared towards the end, he/she would be greeted with a new twist , and that is where the story brings in something different for reader, the spice reader looks for.The spice worked as a treat for me, where she beautifully displays the turmoil protagonists were in.As story has to end on a good note,everything comes to its place at the end,and adieus reader offering a warm smile to him/her.

Coming to hitches, the first and foremost thing is the plot, the simple story and the common pile of events,only at the end one could see the difference.And at many places, I felt like feelings could be expressed with more intensity,it was like I was entering into character and then coming back,again and again.

A light read and a nice tale!