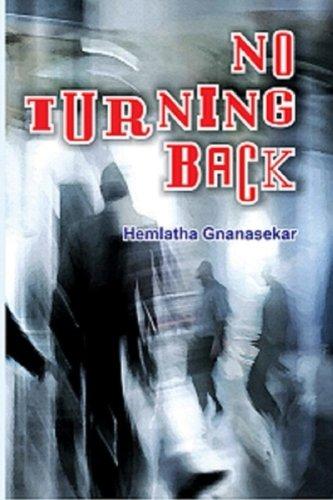 Title : No Turning Back 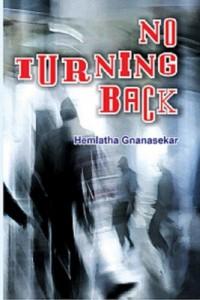 About the book : In “No Turning Back”, Swaminathan is a victim of parent rivalry. Unable to bear his father’s harsh words, his mother leaves the house one day; only to end her life. On learning about this, his father is traumatized so much so that he too ends his life impulsively. Swaminathan moves to his aunt’s house where he gets all the love. Swaminathan is married to a girl who turns out to be of a nitpicking character. Unable to get along with her, he walks out of her life one fine day, without as much as a word to anyone. Ramanathan, a Philanthrophist, he is now bent on uniting the couple and tries to change Swaminathan’s mind ? Does Ramanathan succeed in his endeavour?

“No Turning Back”  is a short novel intended for those women out there who take their husbands for granted and  wish to boss over them. The book is a warning to these  nagging women; for the angry outbursts of their  henpecked husbands could get them nowhere.

External Elements – The book inaugurates with a transparent preface which is enough to provide a succinct explanation about the story. The intriguing title strike many questions at once in my mind. The questions like Is it a path of life’s incidence or is it a ghastly way? All these questions were making me curious. Soon the shadowy effect at the cover of the book catches my attention to answer my questions; maybe there are ghosts in the story or maybe they are just human shadows depicting something. If the readers out there are landing up in the field of same questions then they need to complete the book in order to get the answers.

Internal Elements – All the characters are portrayed in an effective manner. Shanthi’s rude behavior and her taunts seem realistic. Although the story is regular, but it is presented in an uncommon way. The story covers different facets of Swaminathan’s (protagonist) life; he loses to carry a healthy marriage relationship. After his several efforts he finds it impossible to change Shanthi’s attitude and at last he left. Then there comes a new character in the story Ramanathan who put his efforts to reunite the couple.

Plaudits – Authoress has framed up the all the emotions (love, hatred and anger) equally in her book and its vibes can be felt easily while reading. The story doesn’t lack the originality and hence it perfectly ties up the phases around real life events.

Downfalls – The whole story is a common household tale. Authoress has chosen a common theme which is pleasant to read only if there exist some exceptional elements. Authoress has maintained this effect in her book and thus making it an interesting read.

Writing style – The writing style is simple. The way Hemalatha recites the story is commendable. The authoress knows very well how to capture a reader’s mind. The articulation of sentences is magnetic which will make you feel all  which the authoress mentioned in her book. At places she delineates the episodes with a calm effect drawing images of the events which are really nice and touchy.

Narration – I like the narration style picked by the authoress; from the first page till the last page she connected all the episodes without any stumbling block. It was the second time I had read Hemalatha’s work, and I would say this time also she touches my heart with her words. The way she narrates about Swaninathan’s condition of distress, the way she expatiates about environmental surroundings i.e. the tress, the silent night and much more; all are magnificent.