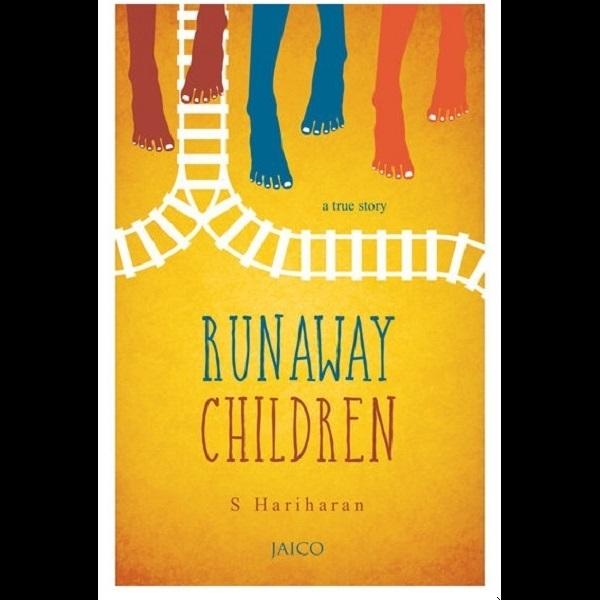 “Runaway Children: a true story”, by S Hariharan is a story of a teenager who seeks freedom in his life and in search of freedom he leaves his home and discovers the hardships he has never faced in the shelter of his family.

As the back cover says:”

It was quite chilly and I got up with a start, feeling the roadside dirt on my lips. I was, at this time, one of many children on the street- dirty, hungry, with nowhere to go.

The night’s stale loaf of bread had already been digested and I was ravenous. Nevertheless, I started the morning’s work. This was at a tea shop, where I carried fifty buckets of water, two at a time, over some hundred meters. The chore took the best part of two hours and young as I was, I could have been eaten a ton by the end of it! Instead, I got watery rice and a cup of tea.

We labored a good fourteen hours each day, not for money, but from the dire need of those few and paltry meals. Come night, we fell asleep on cold, bare floors and crawling insects feasted on our shivering flesh.

This book is for all the story street-bound children of our world; vulnerable, struggling to get by on a few rupees and embraced only by despair. As citizens and as humans, we must pull them out from his state, educate them, give them homes and, above all, their lost childhood.”

In the beginning, the narrator gives the introduction of his family, a quite descriptive one, which turns boring in the very beginning. From there on narrator narrates several incident of his life, some relevant and some irrelevant which could also cause reader’s interest go down, but as he/ she proceeds the story somewhat turns interesting.

Although the story has nothing so alluring to tell, but it let readers know a real story in depth, very few know of. There is a flow in the story, that is very-well maintained in the second half, whereas in the first half, one couldn’t get the new and interesting content, he/she is in search of. A moderate writing style is used which is simple to go with and is well articulated.

A book for the teenager out there who thinks that they cannot get freedom under their parent’s presence. Go through this book and you’ll get to know the hardships one has to go through when they leave their house in search of freedom and instead they got to know the harsh reality of life, the value of a loaf of bread and sufficient amount of water to bath and all the facilities one gets easily when they are under their parent’s guard and still don’t feel satisfied.

This book consists the content every child should know of!