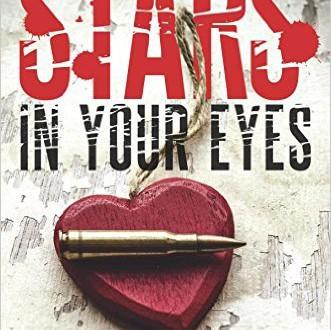 Title : Stars in your Eyes 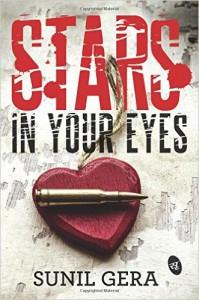 Book Blurb : In Stars in your Eyes – Mumbai – well-known as the city of dreams, as also the underworld – gives Ranbir his directorial debut in Bollywood, reuniting him and his leading lady Meera in a bond he had dreamt of since their college days. While Meera is crowned the queen of Bollywood, Ranbir also makes his mark as a director, till success parts their ways.

While they search for true love, trouble comes looking for them. A series of heartbreaks, lies, blackmails and vengeance culminate into a murder, putting Ranbir and people he has loved – the charming Sunanda who gives Ranbir the love he was craving, and the vivacious Veena who stars in his magnum opus and becomes his real-life wife – under the police radar.

Will Ranbir be able to find his true love, or will the stardom leave him alone and aloof?

Will the murder of someone he cherishes kill his soul too?

Stars in Your Eyes is a story of love that loses its way in the stardom that many crave. A thrilling page-turner, the story brings to life various facets of love – those that thrill, and those that kill.

Your failure is your best teacher.’Stars in your eyes’, a story of a director, his struggles and his failures where his failure acted as his biggest lesson which showed him the path of Success. From there on the story showcases various shades of protagonist’s life, several ups and downs and the spice and sparks his life offered him.

Author’s writing style is soothing in nature. It very well compliments the story.Simplicity lies in his way of narration. From articulation to connectivity of events, everything is done flawlessly.

The story incorporates so many incidents that if all the incidents are judged individually, it would stand as a common one, but when we tie all of them together in a single thread, it has something to tell to readers. It is a flavoured story where one would get so many flavours to taste. The Bollywood spice, fame and ambition, love and infatuation, all that is involved in the life of Bollywood’s participant can be seen in this book.

Whenever the story involves both Ranbir and Meera,I felt that author hesitates to bring his thoughts clearly before readers. The scenes seem incomplete and fruitless in the first few pages. The essence and the feel it should carry seems to be missing throughout their interaction. It didn’t seem like both the characters share a strong bonding as narrated by the author.

As this book involves number of events, author paces the story with a great speed. He very precisely touches the subject and leaves them with ease. As one progresses ahead, he/she would keep on reading without a pause. To some extent, there is a thrill to discover upcoming events, but at some point thrill drops.

Overall, a light and nice read!