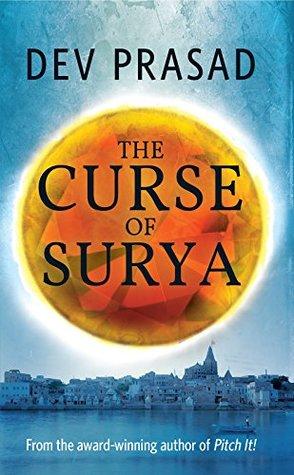 Title : The Curse Of Surya 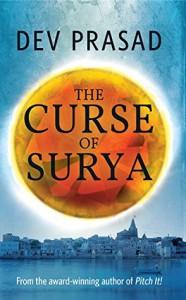 Blurb : Sangeeta Rao, a beautiful, feisty reporter at Channel 7 TV in Singapore, rushes to Agra on a special assignment after an early-morning phone call. At the Taj Mahal, she meets Alan Davies, a charming Welshman. But a terrorist attack on Mathura’s renowned Krishna temple turns them into fugitives from justice and the duo must decipher a series of complex cryptographs and unearth the illustrious Shyamantaka that belonged to Surya, the Sun God, to prove their innocence.

Joined in their quest by an elderly Frenchman, Anton Blanchard, the duo race against time in helicopters, motor boats and yachts. In hot pursuit are the brilliant and daring SP Nisha Sharma and the most ruthless terrorist organizations. Before she realizes it, Sangeeta is trapped in a world of betrayal, deceit and horror. Fast-paced and gripping, The Curse of Surya will keep you hooked and on the edge of your seat while you unravel one of the biggest mysteries in 5000 years.

My View : Mythological fiction-How strongly they play with reader’s mind and how easily they make their way to reader’s heart.With my new-found love for mythological fiction, how come I leave a book written by an award winning author.And then it was with me-‘The curse of Surya‘-a journey to find the lost gem, a journey of love, a journey to locate the evil mind.

Since reader would be introduced with so many characters in the beginning itself, to keep a mental note of all of them is a hefty task.But as you progresses ahead, you would realize that how beautifully author has done the characterization. Initially, it looks like there are so many characters involved in the story, but as the story starts to show its colour, it revolves around the few characters which are very-well described in the beginning.As was scared before, of falling into a messy story, not for a single moment confusion arrived at the doorstep.

The plot is so well-organized and so demanding that it demands you to give your complete attention and forces you to solve the mystery along with Sangeeta.An event comes and brief you about the scenario, and then the other comes and throws numerous questions at you, and the chain of events of goes on and on, and keeps on injecting your nerves with dose of thrill and excitement till you get to the bottom of the mystery.As you set your grip on the story, you would discern the momentum through which you are covering the journey.

I was all set to get myself surprised with the lined-up events, and then came the revelation of false identity of Davies which kept under the shadows for long driving me impatient to remove the curtain and to know his identity. At the back of my mind,I was trying my best to find who he could be,but my attempts went futile,as author has something to drive readers crazy with the mysteries he plunged to the story.He drops the events at such edge which makes one go impatient to encounter the events followed afterwards.

Along with a hooking story, readers would get a chance to experience a matured writing style.With his well-articulated sentences , and his finesse in portraying downpour of events plugged with humour and curlicued around thought-provoking episodes, this book sweeps you out to live a different life for some time.Even though when I was done with the story, the story marks its presence by toying with my mind, as I recall all the events I had encountered.

At the end,when Sangeeta was giving brief on tsunami ,I couldn’t digest one thing ,at such situation how come one can talk about tsunami in detail.When you are about to get struck by the Tsunami, how can one think of pouring her knowledge on a subject, and others listening patiently to her.

The blend of history with the madness of finding Shyamantaka is a hell of a story.I liked the concept and love the way it has been implemented.As promised in the blurb,the story is fast-paced and gripping, The Curse of Surya will keep you hooked and on the edge of your seat while you unravel one of the biggest mysteries in 5000 years.Promises are hard to keep, when author does, then there’s no way one could leave the chance to explore this Mythological fiction.

Mythological and thriller fans, this is a must read for you!Would like to read more such pieces by the author in the near future.