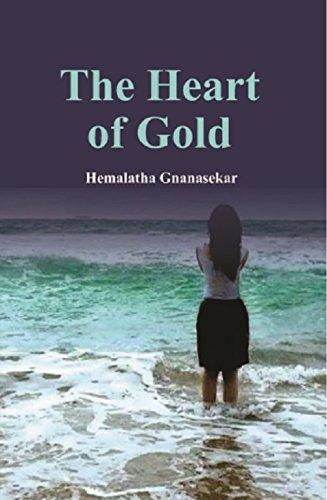 Title : The Heart of Gold 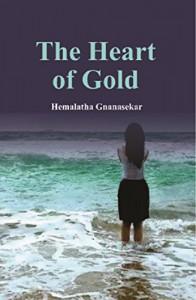 Blurb : This Novel is intended for all those young girls who are too infatuated and fall out with their parents in relentless pursuit of their love and pleasure. The theme of this fiction brings out a clash of generation gap modeled on the so called concept of New Woman. The plot centers round Mukesh, who is dumbfounded when his newly married wife says that she is forced into marriage. She tries her best to maintain a distance with him. One fine day, she asks his permission to go out and meet her ex-lover. Mukesh is deeply hurt and warns her that if she ever goes out to meet him, he would renounce her. Nithya refuses to comply with his order s and leaves the house only to land in trouble. She is kidnapped and forced into prostitution. There was only one person who can save her. Nithya pleads with her husband to rescue her. Mukesh being a man with a Heart of Gold decides to suffer the wrong rather than inflict the wrong. While he rescues her, he is not willing to accept her back into his life. Nithya however, is bent up on staying with him, no matter what! Is she able to win his heart?

My views : The book will drags your path to the story of a lass who is unknown about the events playing in her life. Her working parents are too busy all the time that they even neglected the loneliness of her daughter and ends up to her marriage against her will. From her marriage to the time when she realized the fake love of her ex the events are wrapped tightly making the reading voyage easy.

Hemalatha has done a good job in her book. She shares all her thoughts and imaginations with a soothing effect. The chapters are strolling perfectly on the periphery of the story from past to present which makes them easy to relate for a reader without a hitch. This way of limning the story will clasp the reader from the very beginning. The story doesn’t fluctuate withdrawing unnecessary events.

The verbose blurb heretofore reels off much about the story. The reader will need to only find the answer of the question residing in the Preface– ‘Is she (the protagonist Nithya) able to win his (Nithya’s husband Mukesh) heart’? His heart which is of gold will surely forgive her. The title “Heart of Gold” connotes about the protagonist’s husband Mukesh. A nice cover murmuring about a girl’s plight , who is yet to face the coming waves.

The story turns out to be more interesting and charming when Nithya realizes that her husband is the only gem which she is avoiding all time long. The theme chosen by the author is perfectly emerging out of the story. When something wrong is about to happen then it will show its light tint. Like in the story after acquiring jewels Nithya’s ex-lover is missing for two months. Her mother understands what the truth is and forces Nithya to marry. But Nithya was blind in love and take revenge with her parents. The lesson which I could draw from the story is –“Despite of submerging in emotions one should be aware of, when the light tints come into action.”

There are times when a girl ensnares in such kind of situations and totally lacks the capacity of thinking. By this story the girls will able to understand and learn that the yearning is not always true and they should be aware of every step taken of their beloved to avoid such critical situations of life.