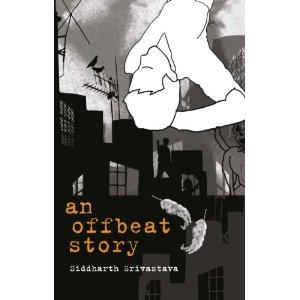 “An Offbeat Story” by Siddharth Srivastava , who is a successful independent journalist, is a riveting account of a young lad, the protagonist of the story. The book depicts the evolutions and transformations that take place in the life of this young boy which turned him into a man, then followed by a full grown adult.

As the blurb says this book contains 16 chapters which deals with various situations & set of circumstances in the life of a youngster. The story represents the journey of the protagonist who experiences several things in his life. In his young days, his father who was an IPS officer, also wanted his son to crack the IAS exam. But, the boy was disinterested in the IAS. His family comprises of his mother who always understands him and tried to motivate him and his younger brother who at all times excelled in studies. The story involves his city girlfriend Pooja who was preparing for the IAS exam,wanted him to clear the exam as well. Later, he drifted into journalism. His love life takes many twists & turns. During the journalist rounds, he met Sushmita who was a smart & a grounded lady. She was married. It is interesting to read about how their life changed. He also met Lata who was the daughter of his father batch-mate from Punjab. Later, the story deals with how he was pressurized by his parents for marriage. His life was destined to be complicated. Fate decided his course for him. Finally he gets married. He moves from adolescence to adulthood. The story depicts the kind of compromises he made for his wife and the people he met, after his marriage. The author described about the highs & lows that he faced in his life. Gradually he became independent & prosperous in his life. His life again took an unpredictable turn when he met Seema. The story then deals with how he turned into a responsible , mature & a fully fledged individual in his life. His journey of life was greatly influenced by the ideas & opinions of numerous people that were associated with his life such as his family, his lovers, his wife, married lover, & his kids.

The author has put forward the journey of one’s life in a very entertaining manner. The book illustrated the kind of situations that a young fellow overcomes which influenced his life professionally and personally. Apart from this, the author also discussed about several current burning issues of the society. For instance politics, the country’s transition, social & cultural transformations & alterations, modernization, the stereotypes existing in our community & many more. The growth & development of an individual in the story is portrayed by the author in a very remarkable way. The book represented the realities of life, the unpredictability of life, & the kind of patience & forbearance that one need to have in certain situations. The author’s style of writing is bold & striking.

It was an entertaining & interesting read for me. I thoroughly enjoyed the script which is a mixture of entertainment, reality & humor. I liked the straightforward approach of the author. I felt that the hilarious anecdotes of the book are captivating. Every individual can relate & find himself/herself in the story. The real life situations are described in an exceptional manner. The incidents & the happenings that occur in one’s life professionally and personally are certainly influential for me. Overall, the book is scripted in a very amusing & an intriguing manner.