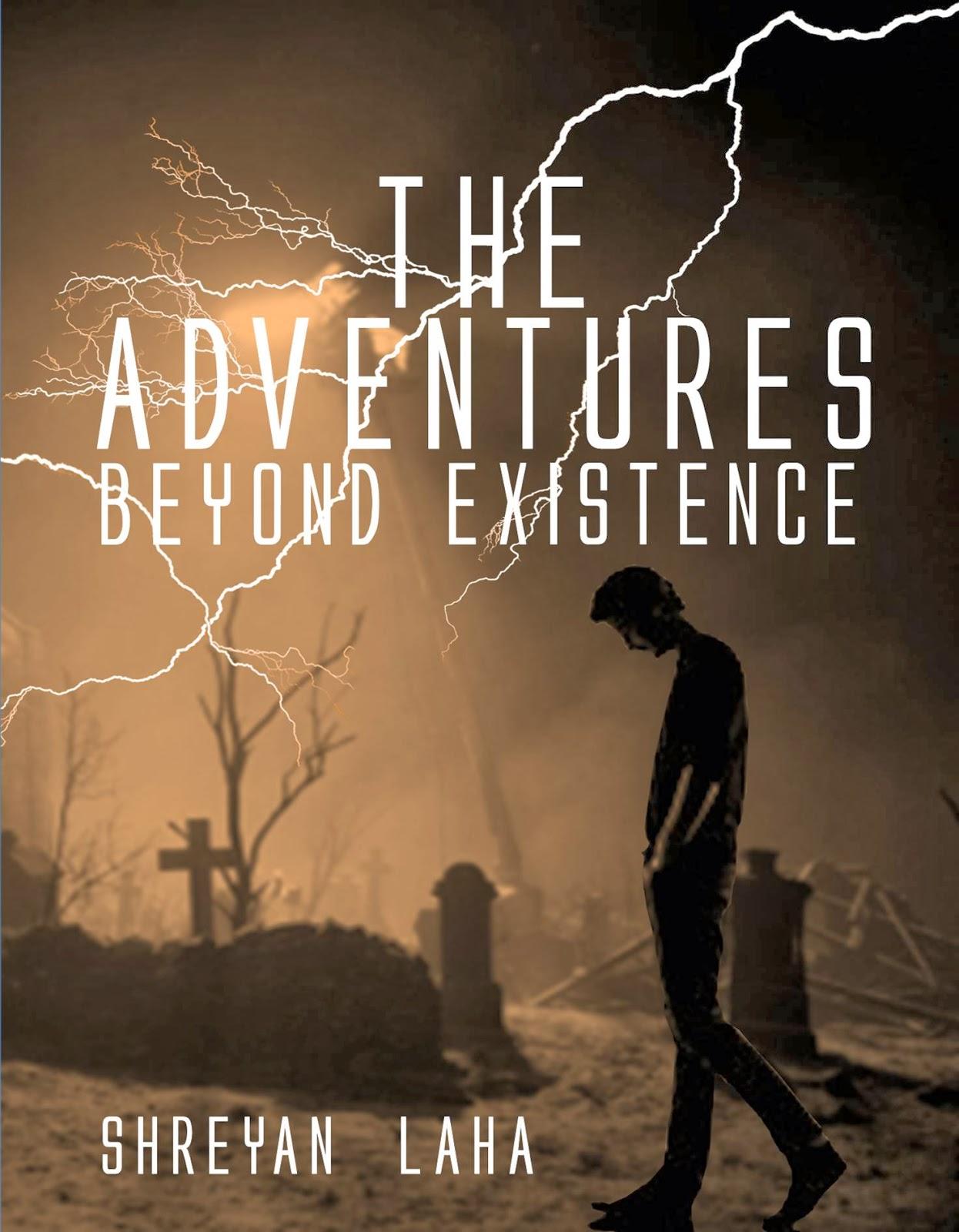 “The Adventures Beyond Existence” by Shreyan Laha, his debut novel, is a paranormal romance. The book is a peculiar yet a fascinating story about a young lad named Shlok. The story is all about Shlok’s quest for something significant. It is a different story with some unfamiliar elements in it.

As the name suggests, that it is a story which deals with perplexing experiences related to Shlok’s life. The events which take place in the book are beyond the normal existence. They signify the paranormal happenings which go around Shlok’s life. The story begins with anxiety and trepidation, a strange situation in which two friends, Pratik and Dinesh visit a graveyard. There they encounter an old watchman and suddenly the next day he dies. Apparently, the officers of law suspect Dinesh. Eventually they both meet a saint who then narrates the entire story of the Sinner old man at the temple. According to him, some of their remains still exists. The saint evidently states the reason for watchman’s death. The tale described by the saint includes the legend of Saptraj. It includes several characters which comprise of the king, Anant and Roshni, the former queen of Saptraj empire who’s born again. Also the warriors and spirits are involved in the story. The book deals with the Shlok’s venture where he is supposed to annihilate the kingdom since he gets confined and can’t go back. The story portrays that how in his mission he faces dangers, fears, and some terrifying incidents. But he decides to confront the consequences and accomplish his mission. And during his journey Roshni and other people help him to cross numerous barriers which came along his way.

The readers have various questions while reading the book. Will Shlok manages to succeed in his task? Why Roshni helped him? Why Shlok is determined to eradicate the kingdom in spite of so many perils involved? Did Shlok suffer from horrific hallucinations? Did he mange to return into the real world? Ultimately the book answers all your questions which make this story quite interesting.

The author brings out a totally different plot for readers. As a matter of fact, the book depicts some captivating events. The figment of imagery used by the author in the story is absolutely extraordinary. The book is tinged with the flavors of suspense, agitation, romance, action and bravery. The title is perfectly apt for the book. Truly, it is a tale which is filled with struggles, uncertainty of life, hazards, risks, and mysteries. The author’s style of writing is simple yet effective.

The supernatural and mystical element in the book enhanced the story. The book undoubtedly reflects a fine illustration of courage, power and commitment. Shlok, the protagonist of the story, faced countless threats in a very heroic way. Initially he was broken-hearted and shattered but in the due course he transforms into a fearless and confident man. He was ready to overcome any sort of danger that crossed his way.

Certainly, Roshni played a supreme role in his journey which also gave him somehow the energy and strength which were needed for this daring venture. This evidently proves the following statement true :
“Being deeply loved by someone gives you strength, while loving someone deeply gives you courage.”

The escapade of Shlok entirely changed his life. In fact I felt that he got to assimilate some significant realities of life. The wonderful words and expressions used by the author can actually make you visualize the scenes and instances.

For me, it was a fascinating read. I liked the certain constituents of story such as the puzzles, apprehension along with strands of emotions, which made the book very absorbing. While reading the book, I was completely engrossed and stunned by the way how Shlok accepted every challenge that he encounters on his adventure. The audacity and heroism of Shlok impressed me. After turning each page, I was more keen and curious to find out what actually happened to Shlok.

Especially people who love such thrilling and intriguing stories, this one is worth a read for you guys.